This blog started on Sept 6, 2008 with the goal to give goldmaking advice to World of Warcraft players. Back in the day people were farming gold, aka killing monsters in large numbers for their drops. Their income was ridiculous. I could make much more money on the AH and I wanted to share my ideas.

Later, I realized that the reason people were poor wasn’t simply being unaware of techniques but having a wrong mindset. They spent too much time helping bad players. They knew nothing of opportunity cost. They considered “buying low, selling high” evil. I coached them for the better. The blog thrived, new readers were picked up by the hour.

Then I took this idea to raiding and did what most players considered impossible: raided current content in blue (low item level) gear. That was a definitive answer for those who carried morons and slackers, blaming their gear, not their low performance.

But times started to change. Game companies realized that money comes from bad players too, so they started to nerf their games. First, the developers and the community despised this way dictated by the suits. “welfare epics” was the name of the easy-to-get gear. Then the old guard died out and the new people considered this “right”. It happened together with the rise of the “social justice” crazies in real life, who preached that all kind of failure is the product of some weird imaginary oppression.

World of Warcraft, the most popular game was spearheading this pathetic change. In the meantime I played some World of Tanks and found that their “random battles” were anything but random. They set everyone’s win chance to 50% to keep the baddies play – therefore pay. Finding this was a huge traffic spike and wide recognition for my blog.

As WoW becamse worse and worse, I left for EVE Online, then Black Desert Online, then Playerunknown’s Battleground, finally World of Warships. But it was like the Indians moving west to escape from the growing civilization. It kept coming and I’ve reached the western ocean coast. All games became like this. Easy rewards are now celebrated. Strike that, they are sold. In gambling boxes. “Rigged” matchmakers are now advertised as vehicles for “more fun”.

Players no longer need to be any good to progress. They just have to log in and open their wallets. The morons and slackers who couldn’t clear Karhazan back in the day, now clear all the content, because it’s tailored for their pathetic performance. They don’t have to learn anything to succeed, so learning became “tryhard”. They became the dominant culture in gaming. Being any good became “elitism”. “Gamers are dead” is the new slogan among developers. And don’t even get me started about mobile crap.

As a result, any kind of good information is rejected and actively hated. When I found how to get to the toplist of PUBG, all I got were downvotes and hate from the “community”, for ruining their “fun” of mindlessly killing each other. When I disproved the bizarre conspiracy theory that baddies made up in World of Warships to explain their defeats, I got banned from the game’s subreddit. And let’s not even mention CCP Falcon and his antics.

There is no more point in trying to play well, so there is no point writing about it. So people stopped doing so. There were no one left for inspiration. The remaining gaming blogs are personal adventures and maybe game reviews, but not teaching anything about games. Blogging in general went nosedive, giving way to “streamers”, acting in clown (or slut) costumes for money.

I tried longer than most. I hoped that the tide will turn. But it’s time for me to accept that my hobby went the way of television: once an intelligent entertainment, now targeted to the lowest common denominator.

There is no point continuing this blog, so I stop. I will keep playing games, for my own entertainment, using self-imposed (scrub) limits to challenge myself, but there is no value writing about it. 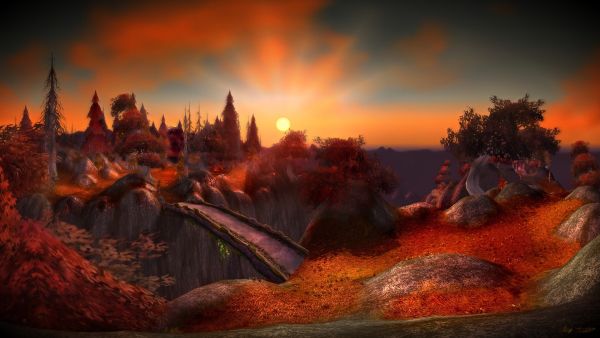