Skip to content
I long had trouble with Google and the rest of the internet companies openly censoring content. On the other hand I do support the rights of private companies to do business as they please. I also aggressively censor my own blog from comments I subjectively deem worthless. So this contradiction needs to be solved.

At first, I fully recognize the right of a TV channel or newspaper to control its content. I can’t just walk into MSNBC or New York Times and make them publish what I want. They made a business on selling one type of content and some people choose to buy it, or at least consume it with advertisements. This is no different from what I do in the blog. Granted, NYT is bigger than my blog, but it’s bigger because more people watch it. If I’d have 1M visitors a day, I could monetize it and afford a staff to grow and finally compete with NYT. If I fail to, it’s simply because I’m not good enough.

So I say that NYT has the same rights as I do. If you are “censored” from NYT or my blog, just start your own and beat us on the free market.

The reason why Google is different is not that it’s “too big” or even “monopolist”. Monopolies were broken before without government action. The problem is that Google circumvent media laws and media market consequences by a shady – and I believe illegal – trick. You see both NYT and I am are responsible for the content we publish. If we publish copyrighted or slanderous material, we face criminal or civil lawsuit. Here is an example what happens if a media company publishes damaging fake news.

If we merely publish sloppy, worthless, hateful or not illegal but disgusting hit pieces, we both face market backslash. I wouldn’t have many followers left if someone would catch me that my “how to get to the top 0.5% in PUBG” post was a factual lie, I hired someone to play my account with normal strategy and “skillz”. Same if I’d be caught being paid by the Archeage team to write nice things about their game.

These are costs on business. We need to put resources into fact-checking and must pass on shady offers to post knowingly harmful things for money. Google is a clever scheme to avoid these same laws and business costs and gain unfair advantage against the rest of the media. What do I mean? NYT and Google both have authors who make posts. They both pay them money for doing so – assuming they are satisfied with their content. They both have editors/moderators who decide which post can go into publication and which can not, who gets paid and who gets reprimanded. So in reality, they are equal newspapers. However Google disguises its author staff as “users” to avoid any kind of liability if the content is subject to lawsuit or market backslash.

If NYT publishes a smear or abuses copyright, they can be sued. If Google publishes the very same content to the last bit all the victim can do is sending a takedown complaint and then maybe sue the author who is likely unable to pay anything even if he can be located (good luck suing someone with the only contact information is lkel445ffdg@hotmail.cn). This is completed by the search engine that acts as a table of contents and guarantees that their content always reaches the audience, regardless of takedown. If the libel or copyright infringement of lkel445ffdg@hotmail.cn is taken down, an hour later lkel446ffdg@hotmail.cn will post the same thing and people find it instantly because it’s topped on Google search.

Neither the NYT, nor me can defeat Google because they cheat. We are bound by the libel and copyright laws and they are dodging it. I believe a lawsuit should be ran against them claiming that they are responsible for all libel and copyright infringement happening on Youtube or Blogger or whatever site they own, because if the author is paid, disciplined or fired at pleasure of the company, he is an “employee” or “contractor” and not a “user”. If Google claims that “we are just a tech company carrying signal” then make them do that instead of exercising editorial control over the content.

Day after day I see liberals banning, shadow-banning, demonetizing authors they disagree with. No, not just Nazi saluting, racist slur shouting idiots, not like those repulsive views doesn’t have the right to be expressed, see unanimous US Supreme Court decision (most of these companies are in the US).

You can get banned for collecting data about Islamist terror attacks or posting pictures of a fat hedgehog. Or check out these white supremacists that Youtube bravely stopped:

Liberals are openly calling for banning the President of the USA from the internet and express displeasure at the tech companies for letting some “hate” sites exists.

The purpose of this isn’t to take down the actual posters. They are both capable of reappearing at other, at worst foreign hosts and also preach to the choir. Not like many independents or politically unaffiliated people follow Lauren Southern. So silencing them won’t change anything, anyone who read them will keep reading something like that and even if all “hate” content disappear (for example the extremely hateful position of Ann Coulter that the existing immigration laws should be enforced), the former readers will still be diehard anti-liberal voters.

No, the real target is the content creator like myself. Someone who mostly doesn’t post political things. Someone who doesn’t make money out of politics and can live without it. I post mostly about video games. Sometimes about economics. Rarely about politics. I could go on without posting about politics. Which is the very point of the current censorship campaign of the leftist: to make me censor myself in fear of being banned. After all, I can write about how to find medkids in Mylta and look how much hits I got for it:

Why risk my blog for an occasional political post? It’s safer to shut up and monetize those hits. Maybe setting up a twitch channel and telling fart jokes while collecting medkits!

People like me are the most dangerous to the liberals because my readers are from various parts of the political palette. Ann Coulter won’t reach a liberal or an independent, as they are already made to believe that she is a bloodthirsty Nazi and no decent people should ever listen to her, she must be silenced by setting dumpsters on fire. I do reach these people, because they come here for a-political video game ideas again and again and once BANG! there is a forbidden thought about welfare being bad or the Nazi idea of meritocracy. I have a chance to convince independents or even liberals that not being lazy and dumb isn’t equal to joining the Totenkopf-SS.

Blogger.com is owned by Google, which is the most aggressively liberal company I know of. They fired this engineer for the horrible crime of citing the scientific consensus about differences between the averages of males and females: 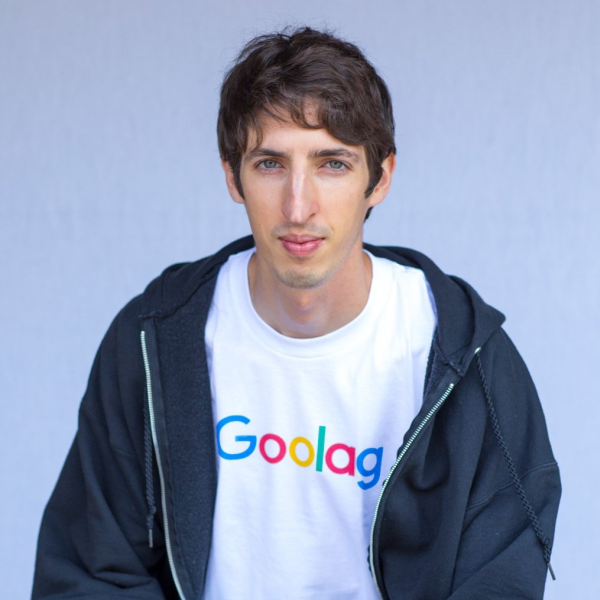 I guess I don’t even need to post about meritocracy and capitalism to get banned, it’s enough that someone writes them a complaint “im john and i play wow with the name arthasdklől and this gevlon guy bullied me for having small penis (he used the gaming slang DPS) im literally shaking stop him” and I’m banned. Probably this happened to this statistics prof who didn’t even do politics. Some liberal wrote an anonymous “I’m victim of microaggression” post and it’s enough.

Since I rigorously save everything and I backup my computer regularly and I keep backup DVDs away from my home, I never really bothered about losing my blog content. I just realized that what I can lose is the blog address. I mean if Goolag bans my blog, I have no way to tell you where my new content can be found. You won’t even know I’m banned, you can just assume that I ragequit.

So today I escaped the Goolag and continue my blog on this site. The template is rudimentary, the format is horrible, I have to figure out how to do things, but I’ll manage. I will no longer post content on greedygoblin.blogspot.com, but for the foreseeable future I will post a link every time a new post here is up. I keep the old content where it is, will bother migrating the old posts when Goolag chooses to ban me. Maybe they won’t, since I will no longer post content on their site, so there isn’t much point anymore. While I’ve found no instance of WordPress banning people for not supporting Hillary/Justin/Angela, it’s also possible that this site gets banned first, but then I can use the old google site to tell you where you can find me.

I’d like to stress that this isn’t a political solidarity for Ann, Lauren, James or the countless others the liberals try to silence. It’s simply a precaution to prevent it happening to me. Yet it somewhat depressing that I’ve grown up listening how the generation of my parents fought against communist oppression and how lucky I am that I’ll live my life in freedom and yet I need to do the exact same things they did against the exact same lefties marching under the exact same flags:

The blog will not become any more political than it was (yes, there will be a political post tomorrow, the blame is on Tobold). It will still mostly about video games and their strategies. Instead of preaching, I want to show how meritocracy and “pay to win” mentality works in the simulated World. I can’t stop a war with preaching. I can make someone’s life better if I convince him to stop carrying morons and slackers on his back.

Please be patient while I figure out how this works. Especially how to make the text field wider, I hate that 70% of my screen is unused and the post is a small column in the middle. Also, anyone knows how can I comment as “Gevlon” instead of “greedygoblinblog”?

Finally, something funny but true:
– If communism doesn’t work, why do so many people support it?
– Because they don’t work either!