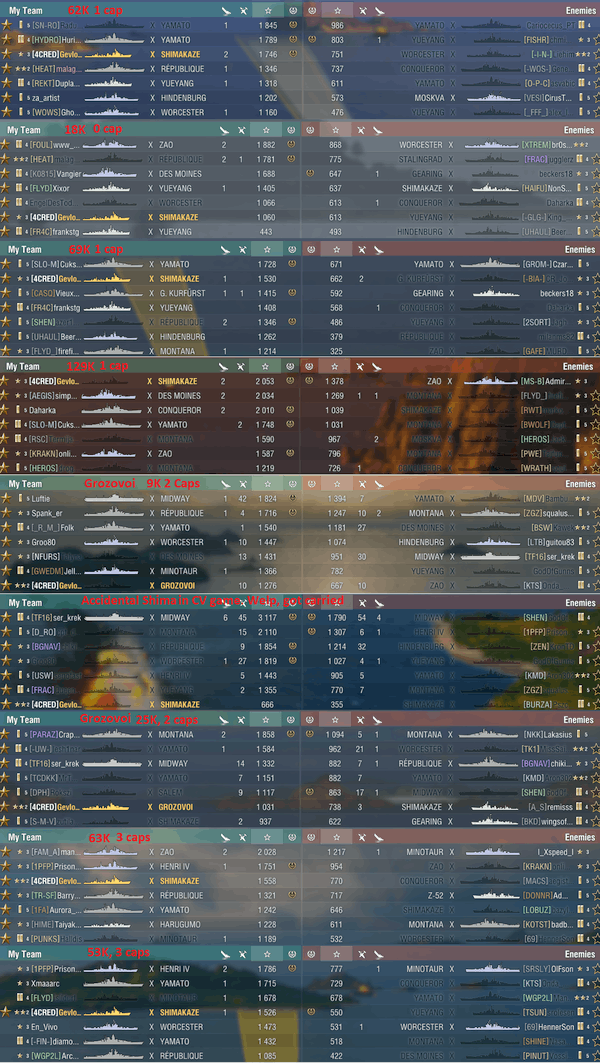 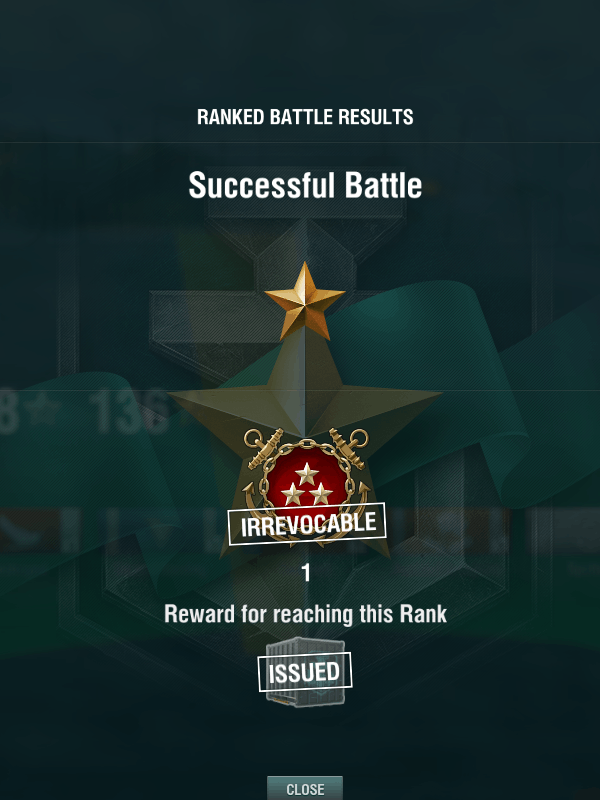 Sure, some luck was needed, but I was “unlucky” for weeks. What made the difference is that I damned everyone’s advice, put back the unique upgrade and the 20km torpedoes. Also, I started using a new strategy on Hotspot: 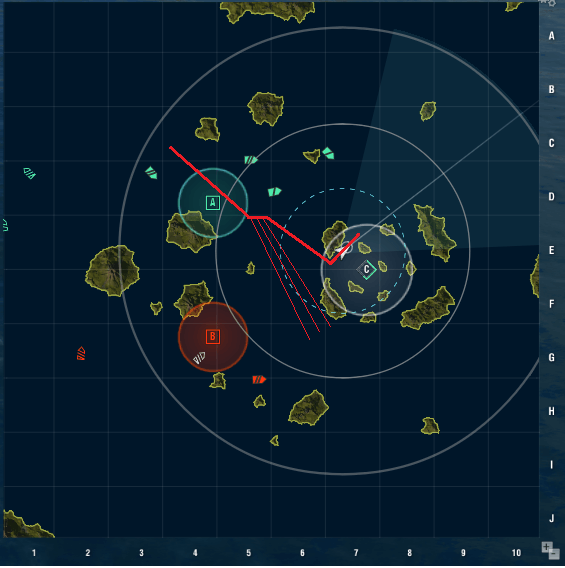 I have lot of data to analyze. I also realize that 14 pages worth of players ranked out before me (out of 340 pages of participants, 1300 pages of total EU players), and I needed bizarre amount of battles (686), so I’ll probably need one more season before I can show that my new Shima (+anti-CV Grozovoi) strategy works and permanent page can be made.

Using the 12km torpedoes, while giving me a rank loss in general, was beneficial as I learned how the “usual” DDs work and what just seemed luck earlier with 20km is now based on knowledge and can be reproduced.

For now I will make posts to discuss elements of the future guide. Later. This was quite an adventure.

PS: after I wrote and read and did chores, I had to log back and play a random battle with my newfound love, Grozovoi. I once again found evidence that random battle players are not less skilled than rank 2-5 ones and bringing an AA specced Grozovoi into battle isn’t the best idea:

22 thoughts on “9 games in World of Warships”